A Comprehensive Guide to Frontend Testing for 2022 and Beyond

It is critical for any organization to provide high-quality applications. The concept of having unit and integration tests for critical areas of code has been around for a long time in backend languages. When it came to the front end, it was not always regarded as something truly necessary.

The front end was basic, the user interfaces were not difficult, and the programs were useable even with some UI faults. Nonetheless, as the number of SPA applications increased and more and more features were pushed to the front-end side, with increasingly complex user interfaces, testing client-side code became more important.

The types of tests you create should always be determined by the project. In the following article, I will go over all of the different types of tests that can be written for front-end applications and explain how they differ.

As more businesses try to supply technology-enabled products and services, the relevance of loading speed, bandwidth consumption, and other performance variables is becoming important to ensuring customers get the experience they want.

As a result, frontend testing is becoming an increasingly important component of the workflow for software development teams to focus on, assuring the quality of your technology throughout its lifecycle. This post will teach you everything you need to know about frontend testing and how to apply it to the most recent technological products and applications. What is frontend testing?

Frontend development, in general, is creating the graphical user interface (GUI) of a website using various technologies (such as HTML, CSS, or JavaScript) so that people may view and interact with that website or web app. The frontend is essentially the components of a digital web product that a user can view and interact with.

Frontend testing, then, refers to the checks performed to assess the usability and operation of your application’s graphical user interface (GUI). Typically, this entails validating menus, forms, buttons, and other application elements that are visible to end users.

Front End Testing validates a software application’s user interface It necessitates understanding of user experience requirements but not of the database or back-end mechanics.

Back End Testing evaluates the functionality of the software’s server and database sides for efficacy This is required to guarantee that interdependent components interact correctly in order to produce, process, and store data as efficiently as possible. It necessitates familiarity with databases such as SQL Server, MySQL, Oracle, and DB2.

Why is Frontend Testing Important?

When designing an application, the most critical thing is to guarantee that it works properly and is safe for production deployment.

This can be accomplished by considering the most natural paths a user can follow within your software, hence maximizing the navigational experience.

While you obviously want to assure a secure production deployment (that is, that the app just works), you also want to ensure that the program remains stable during the whole user interaction cycle. That implies you must also safeguard edge cases in vulnerable or crucial regions of the application, which can include locations such as infinite loading periods or error states from which the user will be unable to depart.

Depending on the exact needs, the tests you run to validate these aspects can be either manual or automated. What you’re actually doing here is testing the application’s client (browser).

The Need for Front End Testing

Front end testing enhances the functionality and speed of web-based applications in the following ways.

Most developers are more concerned with optimizing an application’s server-side functionality. While this is critical, testing the front end helps QA teams to examine the product from the perspective of the user. Front end tests allow development teams to identify problems on the client side and guarantee that they do not endanger important application workflows.

This is especially significant because advances in client-side development, together with changes in browser technologies, might cause compatibility concerns. Front end testing is thus required to ensure that a website or application renders consistently across multiple devices and browser engines.

Front end testing assists development teams in providing a better experience for users by optimizing these performance benchmarks. It allows users to improve application load time, guarantee application content is displayed accurately, and give the interface a unified look across multiple devices and browsers. Testing and upgrading these client-side aspects improves application quality significantly. As a result, consumers can have a more consistent and enjoyable experience across several environments.

Almost every modern application will, at some time, rely on third-party connectors, especially as software as a service (SaaS) platforms become more prominent. When integrating external services into your application, a slow script can lead to compromise. This can have a significant impact on the user experience as they engage with your program. As a result, front end testing is essential for anyone trying to incorporate third-party services into a web application.

Usability, navigation, and website load speed are all important factors for both users and search engine ranking algorithms. A poor performing user interface can harm your lead or revenue generating channels, particularly if important workflows are jeopardized. Consider an e-commerce platform in which critical workflows such as check-out or adding things to cart do not work properly.

The concept is that a minor inaccuracy on the front end of your application can result in irreversible damage. It is costly to turn a blind eye to factors that may jeopardize performance. Front end testing allows you to detect weaknesses in your systems before end users do, which is why it is so important.

What to Test in Frontend?

Frontend testing is all about optimizing performance and improving the user experience. Prior to the introduction of Web 2.0 technology, the majority of web applications were static.

As a result, the majority of processing was done on the server side, implying that performance optimization was accomplished via the backend. As applications become more dynamic, there is a greater need to optimize frontend code.

When evaluating the frontend of your application, there are various factors to consider. They are as follows:

Front-end testing is critical. However, there are some frequent issues to be aware of and prepare for while dealing with it.

Determining the Most Crucial Frontend Elements

Frontend testing often include testing a wide range of user interface (UI) elements. Formatting, visible text, graphics, style/layout (CSS), and all functional aspects of the program, such as buttons, submit forms, and clickable links, are all included.

The procedure here is testing how responsive these features are; how quickly do they load, how long do they take to respond to user inputs, and are they fast enough at performing user requests?

With so much to test, it’s obvious that you should prioritize the most crucial frontend functionality. To accomplish this, give general priorities to each of the components, beginning with ensuring that basic text and pages load quickly, with critical information in the proper spot.

Next, ensure that all functional elements are visible and respond completely to actions and requests, before finally ensuring that the formatting and images load as expected.

Core libraries and third-party components must be upgraded every few months in the modern software ecosystem. Upgrading one library necessitates changes to all other required components. All components, including automation and testing tools, must be retested with each upgrade. The most recent APIs and functionality must also be integrated, built, and managed within ever-shrinking time frames.

With new device, browser, and operating system versions being released every few months, consumer expectations and preferences are always evolving. For example, the pandemic triggered a surge in user demand/desire for video conferencing and streaming. These fresh consumer expectations must be discovered and implemented as soon as possible. Of course, newer features necessitate the creation and execution of new tests. It is also necessary to continue testing current factors such as website load speed (have new features slowed down the page?) and visual appeal (has the new button obscured the old menu?) In essence, the labor of developers and testers on a single piece of software never truly ends.

In addition to the significance of automation, there are “softer” problems to consider in the frontend testing process. These are all human factors. This does not necessarily imply that people will make mistakes during testing, however it is possible. For a variety of reasons, developers may be required to omit testing at times. Customers may require a faster release, or resources for it may be unavailable at this time.

Sometimes, especially if done internally, teams are unaware that frontend tests are required at all. It is, nevertheless, critical to ensure that proper frontend testing methods are followed at all times.

Frontend testing necessitates the use of many testing tools and kits, and you must select the best one for the job.

Because manual testers cannot be expected to execute tests with each new update, automation is vital for successful and speedy frontend testing.

As we’ve seen, frontend testing is an essential task for any company developing a new application or website. It guarantees that everything your prospective buyer sees and interacts with functions properly, which might mean the difference between a successful product and one that never sells.

It is also a sophisticated process, with several tools to pick from, numerous types of tests to perform, and numerous challenges to overcome. Of course, the scale and funding of your project will have an impact on your frontend testing, so there’s a lot to think about before you begin.

Are you still unsure? Get in touch with a Releasly expert today to help optimize your frontend performance testing in Knoxville Tennessee, and empower your development teams to release a successful software to market. 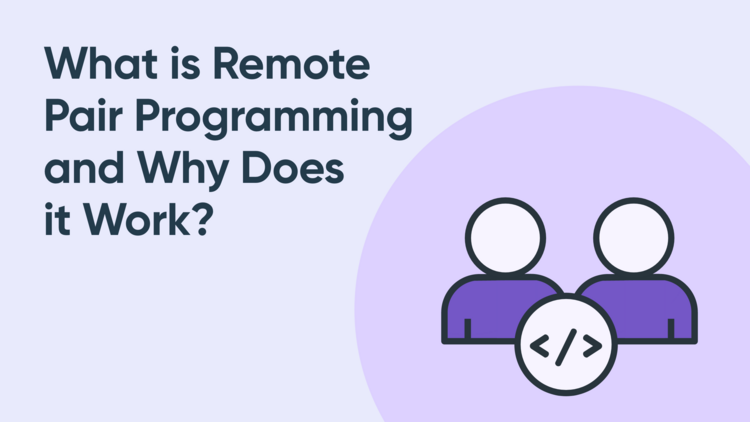